Facebook ads can drive customers to a Facebook Page or website, and they can be highly targeted to ensure they only reach the most relevant users of the site.

The headline and image you choose, the wording of the ad, and the type of promotion you invest in can all make a considerable difference to the success of an ad.

Marketers also need to abide by Facebook’s rules and regulations, because even the best-planned campaign can be pulled from the site if it breaks one of the site’s guidelines.

One rule is tripping up many Facebook advertisers, and it only applies to ads that appear in users’ news feeds. This rule states…

Images in your ads can include text that meets our general Advertising Guidelines, but may not include more than 20% text in the image to ensure people only see high-quality content in their News Feed. We recommend that you use the text field in the ad to get your message across.

It is vital to check how much space your text takes up before publishing your ad. Many anecdotal reports have been published of ads being initially approved, and then later taken down by Facebook, citing the 20% text rule.

Ads that run for a few days and are then removed cause frustration to many marketers, especially if the ad in question had been attracting lots of clicks and conversions.

While this rule probably comes from a desire to avoid images that look spammy or unappealing, its implementation is causing trouble for lots of social media marketers.

This ad is clearly unsuitable… 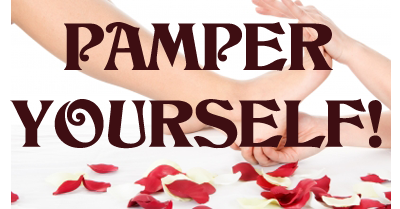 But how is the 20% rule measured? Are spaces between letters counted as text, for instance?

In a few exceptions, the text is not counted, such as text that is displayed on a photograph of a product. However, if the text is deliberately added to product pictures in an attempt to cheat the rule, or if a logo is zoomed in on inappropriately, an ad will not accord with the rules.

In order to help users to gauge how much text is on their ad images, Facebook have provided a Grid Tool, where images can be uploaded and the text measured against a grid.

When this tool was revealed, many marketers realised why some of their ads had been blocked, even though the text seemed sparse.

How the Grid Tool works

For each image uploaded to the Grid Tool, users can identify how many squares of the grid contain text.

If more than five squares are highlighted, the 20% rule has been broken.

This means that if text overlaps two squares, or is positioned over a grid line, it is considered to take up more space than if the same text is moved slightly to fit into fewer grid squares.

Take these two images: they both contain the same amount of text and the text is the same size and uses the same font, yet one is allowed while the other breaks the rules.

It is when the ad images are uploaded to Facebook’s Grid Tool that the issue becomes clear. Image 1 contains text that covers ten grid squares, which equates to 40% of the image.

The words ‘pamper yourself’ and ‘get 20% off your’ overlap two rows of squares, while ‘first massage’ spans three columns.

Moving the text around, while maintaining the same font and font size, reveals an ad that has text covering only 16% of the image.

Tabsite has made available an invaluable resource that will save Facebook marketers time, energy and frustration. Their downloadable Photoshop files allow users to create visuals for Facebook ads with a 5×5 grid overlay.

These files allow users to check how many squares are overlapped by text during the design process.

It is still advisable to verify it against the Facebook Grid Tool before creating the ad campaign, but knowing the parameters at the initial planning stages should help to avoid infuriating delays when the ads are ready to launch.

Facebook sets its own rules, and any business wanting to take advantage of the social network’s platform to promote their brand has to abide by them.

Some ads will inevitably make it through the approval process even if they do break the rules, but it is best to be prepared and plan a campaign that fulfils the relevant criteria from the start.

Check out our small business guide for Facebook to learn more.

Do you use Facebook ads as part of your marketing campaign? Have you had your ads deleted for breaking the dreaded 20% rule?