LCN.com Blog Technical SEO Google Algorithm Updates and How They Affect Your Website 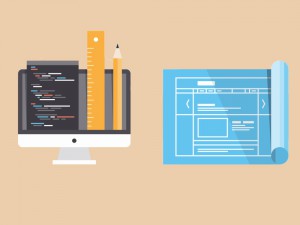 Google is constantly evolving to enhance the search engine results page to deliver more relevant search results from the highest quality websites that it can find.

Since there are many millions of web pages out there, it would be completely impractical for a team of people to index every piece of content on the Web, and for this reason, Google uses a sophisticated algorithm for crawling the Internet and indexing and ranking pages.

Your site will always be at the mercy of Google algorithm updates, so update-proof it today…

As they constantly fine-tune it, Google make hundreds of changes to this algorithm every year, and while most of these updates are fairly minor, there are other large updates that Web designers and marketers cannot afford to ignore.

While the search engine robots work a bit differently to real people, the difference is getting smaller and smaller as Google’s technology continues to advance, and as such, search engine optimisation practices designed to artificially manipulate a website’s ranking in the search results are becoming less effective.

In short, Google is getting better every year at seeking out these over-optimised websites that attempt to artificially inflate their search ranking, and penalising them as a result.

As Google’s algorithm evolves, so does the need for quality, original content, and for this reason, webmasters and online marketers must make absolutely sure that they follow Google’s Webmaster Guidelines at all times.

It’s important to remember you are constantly at the mercy of these algorithms. One day you may go to bed happy your website is sitting on the first page for a key search term, and the very next morning your site has slipped several positions to page three.

The only real way to try, try being the operative word, to avoid being shunted down the search rankings after algorithm updates, is to rigidly stick to Google’s webmaster guidelines.

In the following guide, we’ll take a look at some of the most significant updates that Google has made to its search engine algorithm over recent years:

One of the most important updates in recent years, Penguin’s aim is to penalise websites that violate Google’s Webmaster Guidelines.

The websites most affected include those that make use of various black-hat SEO tactics, such as keyword stuffing, hidden text, cloaking and doorway pages, to artificially manipulate the search engine results.

Websites that make use of link schemes were also severely hit by the update.

In the last couple of years, the Penguin algorithm has seen a number of updates to increase its effectiveness.

First released in February, 2014, Google Panda was one of the most significant algorithm updates, since it affected almost twelve percent of search results across all languages.

The aim of Google Panda and its subsequent updates is to decrease the ranking of websites such as content farms and other sites that tend to have huge amounts of thin content (such as e-commerce sites with little product info) written largely with the search engines in mind rather than actual human readers.

The whole purpose of the Panda update is to weed out the poor-quality content (of which there is still a huge amount) and to increase the rankings of trustworthy sites with original, quality content.

Websites with excessive amounts of advertising hindering the user experience were also penalised.

The Hummingbird algorithm was released in August, 2013.

With a focus on semantic search and natural language queries, the goal of Hummingbird was to provide more personalised results based on a number of factors such as current trends and the geographical location and online habits of the person conducting the search.

As was the case with previous updates, the Hummingbird algorithm favours websites with quality, in-depth content that is relevant to the search results.

In other words, webpages need to match the actual meaning of the query rather than just a few words.

In spite of the emphasis on more conversational and natural-sounding queries, the Google Hummingbird update should not have any negative effect on websites that follow the Webmaster Guidelines.

So if your website offers helpful and relevant content, this update should, if anything, be beneficial to you.

The above updates are just some of the most important changes to the algorithm that scours, indexes and ranks online content, but there have been some other significant changes that may also impact your SEO efforts, such as the ones below:

In addition to the updates mentioned above, there are literally hundreds more smaller updates, including a number of changes that have not been officially announced by the search giant but detected nonetheless by various third-party monitoring services.

While Google’s algorithm continues to evolve, the Webmaster Guidelines remain largely the same, since they remain in line with Google’s goals to set a standard for Internet content everywhere.

Provided that you pay close attention to the Webmaster Guidelines and do not indulge in any questionable or dated SEO tactics, your website should not be overly negatively affected by the algorithm updates – you may just be rewarded!

In conclusion, focussing on organic traffic, brand building and social media is, and always will be, preferable to using methods designed to artificially increase your standing in the search engines.

Have you been affected by any of the recently algorithm changes? Was it a positive or negative affect? What have you done to protect your site from future updates?